↑
You are here: Home / Pies and Tarts / How To Blind Bake Pie Crust
This post may contain affiliate links. Please read my disclosure policy for full details.
158shares
Jump to Recipe Print Recipe 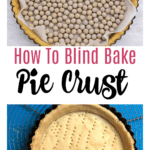 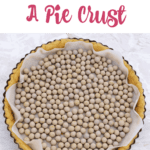 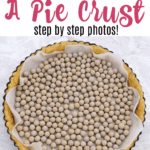 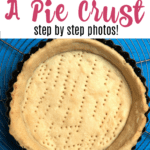 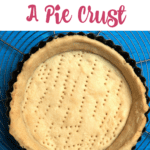 If you have ever had  a pie crust with a soggy bottom the problem was not the crust but that you didn’t blind bake it first. Blind baking your pie crust is super simple and will help you rock out homemade pie crust every time!

When the leaves turn color, my brain always turns to pies. Apple, pumpkin, chocolate. Doesn’t matter. I want them all.

But I know for some making pies can be intimidating! It really shouldn’t be! And one key technique you need to master to make stellar pies it learning how to blind bake pie crust.

Blind baking is key to making sure you get a perfectly crispy crust. No soggy bottoms here! But it’s taken a few trials and lots of errors over the years for me to now master my blind baking pie crust skills. So I want to share with you all my secrets so you can avoid a soggy pie crust too.

What Is Blind Baking?

If you are new to blind baking…you are going to be amazed at how easy it is.  If you are like huh blind baking? No you don’t close your eyes while baking a pie.

Blind baking means you partially bake your crust before adding the filling. You blind bake a pie crust (or par-bake) for no bake pies, or certain types of pies like a custard, pudding, or pumpkin pie. Or you can do this if you want to ensure the bottom of your pie crust comes out extra crispy and not soggy.

For example, if I didn’t blind bake my crust for my pumpkin pie then it would cause the crust to become soggy before it has a chance to cook up. So we solve that by pre-baking the crust first before we add the filling. You also blind bake for cream and custard pies like my Coconut Cream Pie.

I’ll show you in the recipe just how long to bake for either!

If you are going to blind bake a pie crust you will need either pie weights or some dried rice/beans to weight the pie crust down while it partially bakes. If you don’t do this, the pie crust will either bubble up and/or shrink on you. I’ve had both it happens and it’s no fun!

I own pie weights, but have gone to just using beans/rice. I find to keep the pie crust fully weighted down and have no shrinkage/bubbling I need to fill the pie crust all the way to the top. This requires a lot of weights! And dried beans and rice are much cheaper. Plus you can keep using them again and again.

How To Blind Bake Your Pie Crust

You can make your pie crust by hand, or in a food processor. I used to make it all the time by hand, but have started opting for my food processor because it’s just so quick and easy.

If your pie crust has enough water added, you should be able to squeeze the pie crust with your fingers and it hsould hold together. If it’s still dry and crumbly, add a little bit more water. You want to then dump the contents onto plastic wrap and wrap up into a disc and refrigerate for at least 30 minutes.

This step is crucial! Your pie crust needs to be COLD before you start. You want to keep that butter solid as long as possible. I chill mine for 30 minutes (up to 1 hour).

If it’s been in the fridge longer, then you may need to let it sit for a few minutes at room temperature to let it soften slightly so you can roll it out.

MAKE AHEAD TIP: Pie crust can be made up to 3 days ahead of time! Just keep it in the fridge, well wrapped. You can also freeze pie crust up to 3 months. Thaw overnight in the fridge before using.

Step 3: Roll Out Your Pie Crust And Put In Pie Plate

How To Keep Your Pie Crust From Shrinking And Bubbling

You can blind bake your pie crust up to 3 days ahead of time. Um, game changer for Thanksgiving am I right?! Just partially bake the pie crust, let it cool, and then wrap it up and keep it at room temperature until you’re ready to fill it.

You can also make your pie crust ahead of time! Keep in the fridge for up to 5 days, or in the freezer for up to 3 months.

More Pie Tutorials And Recipes To Check Out 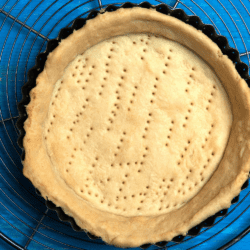 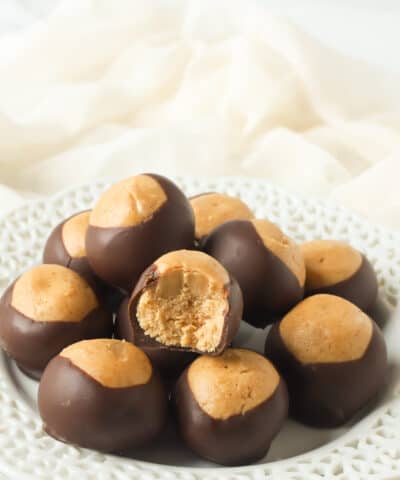 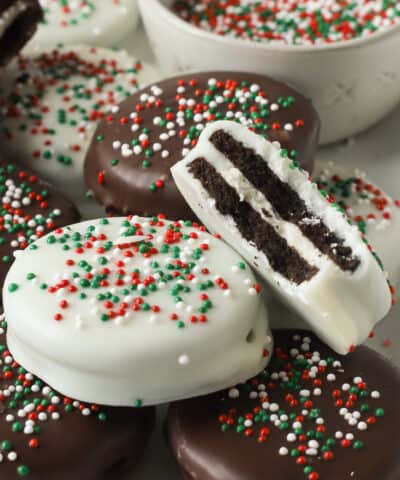 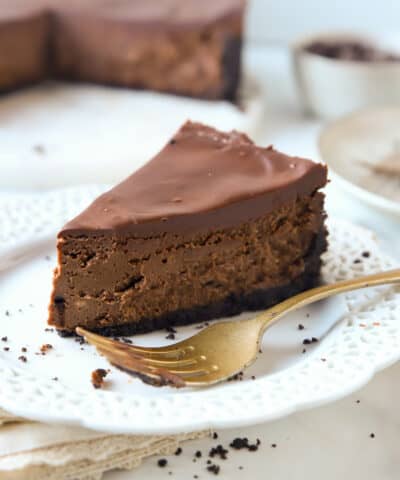 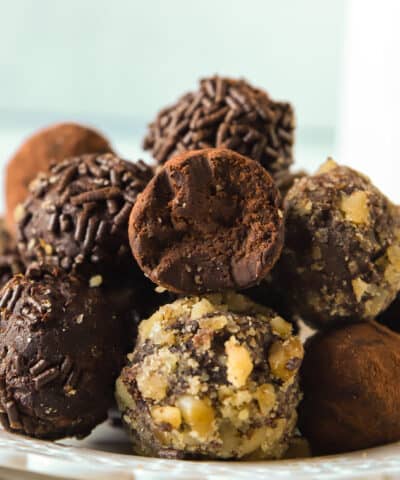 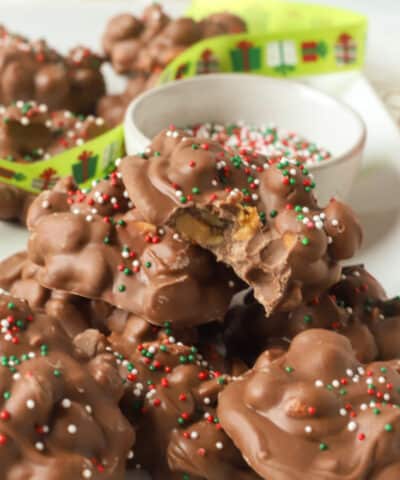 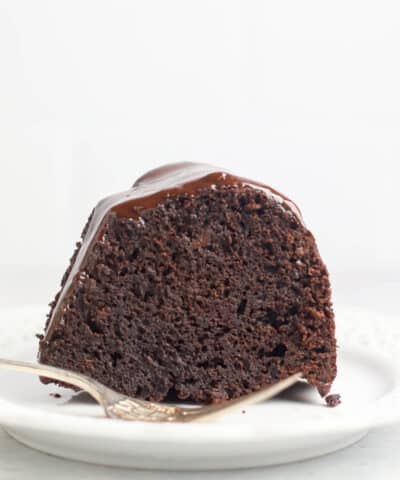 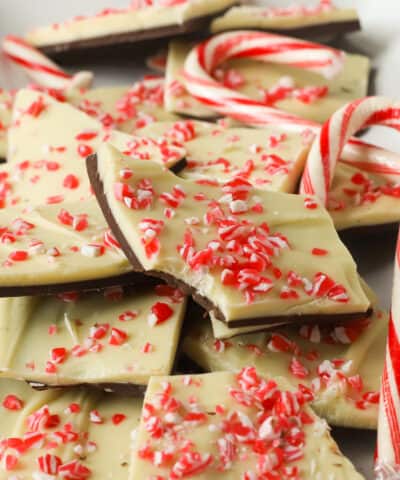 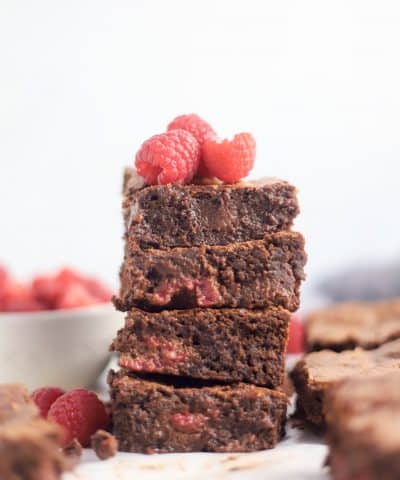 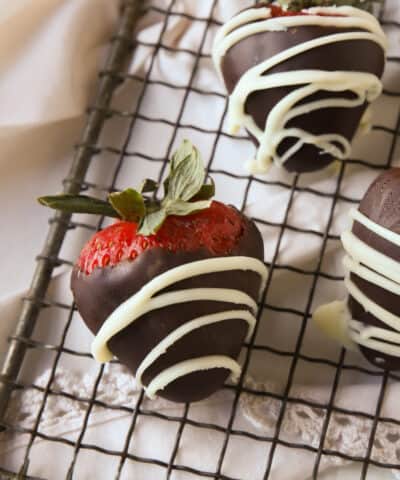